Click on one of the medical marijuana doctors below to see their details, forms, schedules, etc. 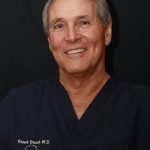 Dr. Bob has been practicing in Fort Myers for 40 years and is well known in Southwest Florida as one of its top cosmetic surgeons. He graduated from the University of Illinois Medical School and trained as a cosmetic surgeon at the University of Miami (Fla.). When medical marijuana was legalized in 2016, he was amazed at the benefits reported by his patients with qualifying conditions.

We caught up with Dr. Bob between appointments:

“When Florida passed Amendment 2 in 2016 legalizing medical marijuana, I started having so many patients tell me about how medical marijuana had totally transformed their lives. I learned that the plant has 100 different chemical compounds that can be used to treat a whole spectrum of human diseases and in many case with astounding results. One patient had severe peripheral neuropathy to the point the pain was so bad there were days when walking was too painful.

We placed her on medical marijuana and she came back about seven weeks later with tears in her eyes saying she could walk again without pain. A young mother with three kids suffered from severe disabling migraines. Now she carries a vape pen to help control her disabling migraines. It is remarkable that one plant can be used to painful symptoms of fibromyalgia, ALS, Parkinson’s disease, glaucoma etc. As it becomes more mainstream we will begin to see more medical studies validating it as a breakthrough medical therapy.” 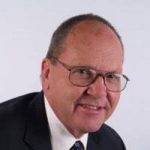 Dr. Donald Ketterhagen, M.D. presently serves in a variety of positions, most notably as the Chief Operating Officer at Emerald Medical Center. Here, he guides business operations, strategy, and development to ensure company success. He also promotes a nimble environment capable of adapting quickly to meet evolving business and customer needs. For example, he spearheaded the company’s transition from its earlier focus on medical card certification for cannabis to its current form as a broader service provider. In this role, he’s applied my skills in relationship building, networking, and recruitment to establish and maintain professional partnerships with many of the best doctors within Lee and Collier counties, allowing for optimal patient care. As a result of his planning and leadership, Emerald Medical Center continues to grow and expand. In his early career, he delivered compassionate, patient-centered care as a Staff Physician for Naples Community Hospital and Gulf Coast Hospital. This role taught the importance of cross-functional communication and collaboration in support of goal attainment. In 2000, a disability due to Post Polio Syndrome prompted a decision to stop active clinical practice. Among his proudest achievements are his Medical Doctorate from the Medical College of Wisconsin as well as his OB-Gyn Residency at St. Joseph Hospital in Milwaukee. The training he received early in his career continues to influence his collaborative, solutions-focused approach to both work and life. Dr. Ketterhagen has been married 49 years and has three sons and six grandchildren. Additionally, it instilled in him an appreciation for the value of education, which he has applied during his roles involving instructing, coaching, and advising patients and staff. 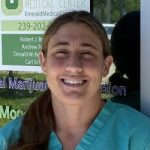 Dr. Schisani joined Emerald Medical Center in April 2020 and brings her University of Florida Biology degree and Summa Cum Laude recognition to our patients. She graduated with her D.O. degree from Nova Southeastern College of Osteopathic Medicine and special interest and experience in dealing with complex chronic pain and use of medical marijuana for help in discontinuing opioids for chronic pain. She has a paper awaiting publishing that outlines how many primary care providers are using opioids as first line therapy within community settings. There is also an interest in ultrasound and PrP Prolotherapy and Stem Cell injection for chronic pain. She has done research at the Bascom Palmer Eye Institute into therapies for glaucoma.
Dr. Holly has been a MMJ provider in Florida and is an outstanding addition to the Emerald Difference. Living in Naples, she will be available for consultation in the Naples office and Fort Myers offices. 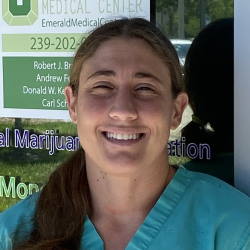 Safe and legalized Medical Marijuana Doctors is now available in Florida, thanks to the state’s compassionate approach. Thus, for Americans who are suffering from certain chronic health conditions, there is now a natural alternative. In order to  receive your medical marijuana card, you must first be diagnosed by a medical marijuana doctor.