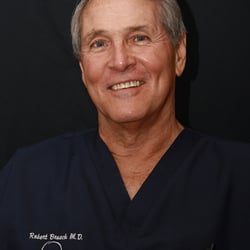 After decades in practice, I know the sufferings of the human condition well. I’ve seen the pain in my patient’s eyes, and I’ve seen you betrayed–or at least let down–by the promises of the “big pharma” medical establishment.

If you’re seeking pain relief with medical marijuana, then read on–this article will provide hope for the hurting.

What Are Your Options?

In life, we only have so many alternatives.

It would be great if these substances produced safe and effective results. Unfortunately, as the tragedy of the opiate crisis has recently proven, this just isn’t the case.

Even if you’re “only” taking over the counter pain killers, you are still at risk. Recent studies have shown that synthetic drugs like Tylenol are more dangerous that we’d like to believe.

“About 150 Americans die every year from acetaminophen poisoning. In fact, that figure is actually a fairly conservative estimate. Over the summer, Time reported that closer to 500 people die in the U.S. from overdosing on acetaminophen, with another 55,000 to 80,000 ending up in the ER for the same reason.”

What if people seeking pain relief with medical marijuana were dying in those numbers? It would be non-stop news. The “deadly scourge” of marijuana would be everywhere.

But these “safe and FDA-approved” drugs are getting a pass. Why? Is it due to “big pharma” corruption? Manipulative advertising and public relations? Public ignorance?

It’s probably a combination of all three. But whatever the reason, it’s time for us to look at the hard data and make a more informed decision.

The Unfortunate Facts About “Safe” Painkillers

In a study of Medicare claims in Pennsylvania and New Jersey, The National Safety Council recently found that those taking opioids experienced:

They also tragically found that 4-6% of opiate misusers will transition to heroin, and that 80% of all new heroin users began with opiate pain relievers.

As previous blog posts have detailed, medical marijuana is proven safe as an alternative.

And as researchers from the Albert Einstein School of Medicine and The University of Miami recently found in a survey of 1,000 adult-use only customer respondents:

As you can see, cannabis, aka medical marijuana, can be a miraculous alternative to synthetic drugs. It’s safe, it’s natural, and it’s effective.

For more information about how to obtain your Florida medical marijuana card, please call the compassionate and informed experts at Emerald Medical Center.

During your visit with one of our licensed Florida medical marijuana doctors we will discuss your symptoms and goals for treatment. You’ll leave comfortable and informed. We even offer personal dispensary tours with our staff to ensure your total satisfaction.